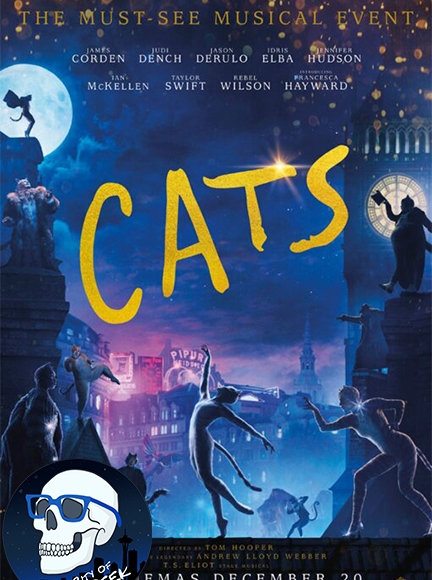 Despite what Kimmy Schmidt said: Cats is real. And since the release of the hilariously awful trailer, we’ve been having a blast making fun of the Tom Hooper adaptation of the Andrew Lloyd Webber’s Broadway show CATS (based on the TS Eliot poems). Cody and Lauren went to check out his Christmas’s “going to be a blast to rip into this” (last year gave us Life Itself). Enjoy below!

CATS is playing in wide-release starting December 20th. Directed by Tom Hooper. Written by Lee Hall & Tom Hooper based upon the musical by Andrew Lloyd Webber, adapted from the T.S. Eliot poems.