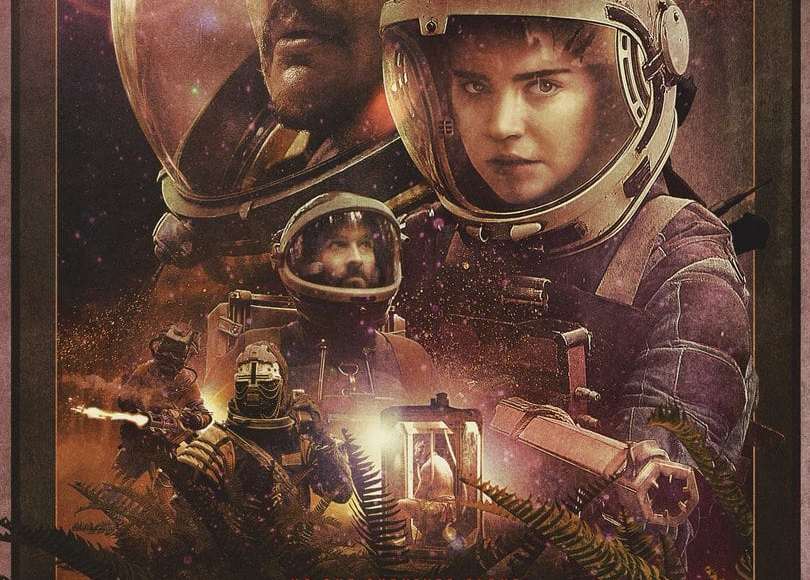 (disclosure: several people I know worked on this film)

It’s always a great feeling to see a favorite of a film festival have the ability to go into a standard theatrical release. Okay, this isn’t quite standard but Prospect, one of my favorites of the Seattle International Film Festival (SIFF) is set to play at a Regal near you starting November 8th, and other limited releases later -such as for Seattle Sci-fi fans who can’t make Nov 8-15 run at Regal Meridian- they can catch it at SIFF in December. Or have the ability to drag your friends once you watch and love this movie.

As I noted above, Prospect is one of my favorites of the fest. Prospect is a science fiction western using every ounce of what is likely a small budget to it’s greatest effect. When I say “Sci-fi western” don’t think Firefly. Instead, picture a small group of desperate people far and away from civilization forced to use limited resources to get to safety with a few gunfights and wild adventures.

Just about everything works for Prospect. At its core, it is the story of a young woman, the startlingly amazing Sophie Thatcher (Tv’s The Exorcist), forced to take control of her life after her father (Jay Duplass) befalls tragedy while prospecting some form of alien egg,. To give even more of a drive to her action, she has to team up with man behind the tragedy (Game of Throne’s Pedro Pascal). She’s literally tethered to him on a planet attempting to kill them.

Prospect has a lot going for it outside the basics of plot and character (as good as they are) that give the extra push to seek it out. The first is the production design. It’s lean and mean. It has the feel of 70s, dirty, lived in, do it yourself Sci Fi. In all the best ways, it’s like the filmmakers had a warehouse full of junk and said “okay, how do we make spacesuits and a ship from this.” As ground and up and hand built as Star Wars, Alien, and their countless knock-off kin. Pure love held together with hot glue and dedication. There is also the setting. Believable alien worlds can be a hard sell; it’s just as easy to point out “that’s a sound stage” as is “there is so much here to scream ‘Alien Landscape’ it’s unbelievable.”  For Prospect, I give major kudos to the Earl and Carldwell for turning the Olympic Peninsula’s Hoh rainforest into an other-wordly landscape. There doesnt’ feel like much is added, but yet also feels uniquely alien. It helps the area itself, a rainforest in Washington State is a weird and odd place to start with. It sells that this isnt’ earth but alien.

Prospect feels like a labor of love, wringing greatness from a little. It’s big, vibrant, and alive; with intense chemistry of the leads surrounded by the lush and beautiful landscape. For your own enjoyment as it unfolds, I won’t go into the details of Thatcher’s personal journey and plot details, as you should experience them yourself but do yourself a favor and check out one of this year’s most interesting films.