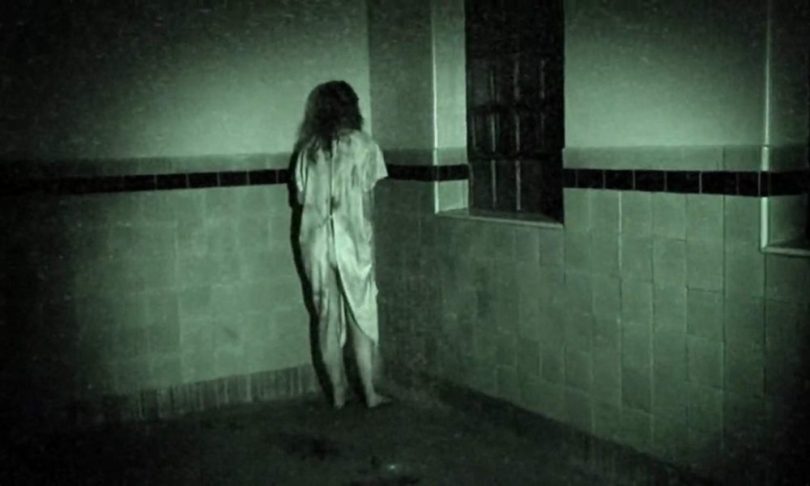 My love for the supernatural, both real and on film, is no secret. As both a lifelong horror lover and a paranormal investigator, it comes with the territory. I also make no secret of my love of found footage films. The good, the bad, and the very, very bad. You would think these two would blend together to make the perfect movie cocktail, but unfortunately, many Paranormal Activity sequels later, I can verify that this is not the case. Like so many ghost hunting TV shows, it is far too easy for supernatural found footage movies to feel fake and contrived.

Cry not, fellow ghost fans, there’s hope! Not all supernatural found footage movies (there’s gotta be a shorter way to say that, but SFFM sounds too much like a sex act you would advertise for on craigslist) are utter dreck or a sequel to a mediocre film! I’ve listed here a few of my personal favorites in the genre. I’ve skipped over some of the classic examples like Paranormal Activity and The Blair Witch Project. If you haven’t at least heard of those two films at this point, you and I will probably never be friends. Not because I think they’re the greatest movies in the world, but because they’re both such a part of the pop culture lexicon that if you aren’t aware of them, I don’t think there’s anything I can do to help you at this point.

While Grave Encounters will never go down in the film history books the way The Blair Witch Project did, it remains a very watchable and fun film. The premise is that the cast and crew of a paranormal investigation television show decide to spend the night locked into an abandoned mental institution.  They obviously never read the ‘How to be a Ghost Hunter’ handbook, because it clearly states on page four that that is the WORST IDEA EVER. To the surprise of no one, weird things begin to happen, and conveniently enough, it’s all caught on camera! While the ending is a bit on the weak side, overall this is good for a fun, light horror film. The sequel, however, is best not spoken of.

I’ll admit, this next one is a bit of a cheat. If you want to get strictly technical, Lake Mungo is a mockumentary. The mockumentary, however, is close cousins with the found footage film, much like Long Island and Staten Island. They’re so close, sometimes you can’t tell the difference between them! “They’re cousins, identical cousins, all the way…” Written and directed by Joel Anderson, Lake Mungo follows a family trying to come to terms with the death of their 16-year-old daughter. The girl’s brother, convinced that her spirit is haunting the family, starts to set up cameras in hopes of catching proof that his sister is still around. Anderson manages to make the situation and the characters feel so real and relatable that the viewer experiences the grieving process with the family.

I debated adding The Last Exorcism to the list. While the film has its weak points, it also delivers an interesting story and stellar acting. A reverend (Patrick Fabian) who has made a career out of performing fake exorcisms is called to investigate a girl (Ashley Bell) whose father thinks she is possessed and slaughtering his cattle. As the movie progresses, both Reverend Cotton and the viewers are left wondering if something supernatural is occurring, or if the family is simply harboring a dark secret. The ending is also one that most fans either really loved or hated. Before you ask, yes there is a sequel and no, you should not watch it.

I can’t lie. I was destined to love WNUF Halloween the moment I realized it was mimicking an 80s VHS taped TV special. The commitment to the bit is so great that the movie is filled with fake 80s commercials, and the footage itself has that grainy quality that anyone who taped something off of the TV and then watched over and over will remember. The film, directed by Chris LaMartina, follows a news anchor who decides to do a live broadcast from a haunted house. I don’t want to give away too many details, but needless to say, if you grew up watching Halloween specials and broadcasts on TV, you will probably appreciate this movie.

I was surprised how much I enjoyed As Above, So Below. The first time I saw it in theaters a few years ago I went in with next to no expectations. I was pleasantly surprised at how effective the performances and tone were. A good part of that can be credited to the claustrophobic creepiness of the Paris catacombs. The movie, directed by John Erick Dowdle, follows a young student who is continuing her father’s work by searching for the philosopher’s stone. Convinced she’s finally found the way, and being followed by a documentary film crew, she convinces an old boyfriend to help her sneak into the catacombs and try to find the mystical stone. Of course, since this is a horror film, things go horribly wrong. The story moves quickly and there are some genuinely frightening images and moments.

While Final Prayer (originally released as The Borderlands) doesn’t offer anything particularly new or original in its story, the atmosphere and acting elevate it above being just another found footage movie. Plus, everything gets better when you add a British accent to it. Both written and directed by Elliott Goldner, Final Prayer follows two priests and a techie who are sent by the Vatican to investigate claims of paranormal activity at a church in the English countryside. The interaction between the men, as well as a pretty solid script, make Final Prayer a truly enjoyable watch.

This was originally published in Belladonna magazine. https://www.magcloud.com/browse/magazine/1124238